Wizkid Made In Lagos New Release Date, Wizkid’s most anticipated album, “Made In Lagos” received a major blow after the artist decided to postpone the release of the project.

In the late hours of Tuesday, Starboy Wizkid finally decides to announce that his highly anticipated project labeled ‘Made In Lagos‘, will no longer drop on October 15th.

The reason for the postponement is due to the latest occurrence in the country, the police brutality, end SARS protests, and the death of protesters during these protests.

READ ALSO:  Buhari To Re-Present Magu To Senate For Confirmation.

A fan asked Wizkid last night if the album would still drop at the original date stated but he simply replied, 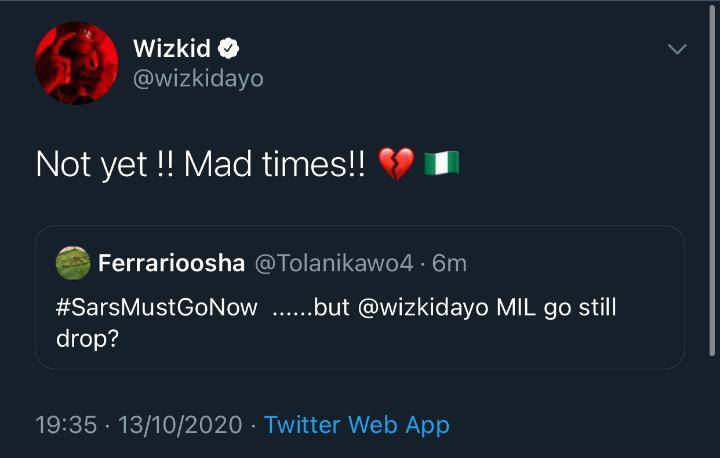 This brought heart break to the huge number of fans waiting for the project, while some lamented, other praised him for his sensitivity.

Well, right now there is another date for the release of unarguably the most anticipated album, ‘Made In Lagos‘.

Designed with by Wizard X