The National Drug Law Enforcement Agency (NDLEA) has proposed to carry out drug tests for single ladies before embarking on marriages.

Abdalla said drug tests may be included in premarital screenings due to the increase in rate of drug addiction among girls and married women.

The NDLEA boss said the target of illicit trafficked drugs which hitherto used to be among the male youthful population was fast expanding to now include teenage girls, young women and old married women.

“As an extension of the proposed Drug Integrity Test Policy for the public servants, the agency is considering partnering with religious leaders to make drug testing a prerequisite for marriages in churches and mosques as the case for HIV/AIDS”, he said.

He said the essence of the event was to ensure that all seized illicit drugs were put out of circulation, adding that 19,234.58 kilograms of illicit substances including controlled prescription drugs, cannabis sativa, cocaine and heroin were destroyed.

It was reported that the United Nations Office on Drugs and Crime (UNODC) had reported in 2018 that drug use was found between the North and South geopolitical zones. 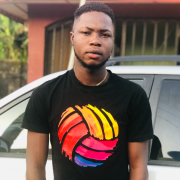 Am Aghahowa Nosakhare, Am from Edo state, Born 20th of April 1998, I am a blogger, Writer, entrepreneur and an under graduate Of the Edo State Polytechnic Usen, where am Studying Higher Diploma in Accountancy.

Be the first to get our Latest Updates

Joy as Homeless Lady is Delivered Of Baby Boy Under Lagos Bridge. (Photo)

Just in! Emir Of Zazzau is dead!

See the top Eight Unforgettable Games Of 2019/20 Champions League as listed by UEFA.

PSG to get this huge amount of prize money for losing Champions League finals. (See here)